First, I decided to go around the city walls from the outside, starting from the city gate Roser (Portal del Roser). The gate opens onto the Boulevard of the Roman Empire (Via de I'lmperi Romá), whose pavements are paved with shingle mosaics. This paving technique in ancient Rome was called Opus barbaricum. 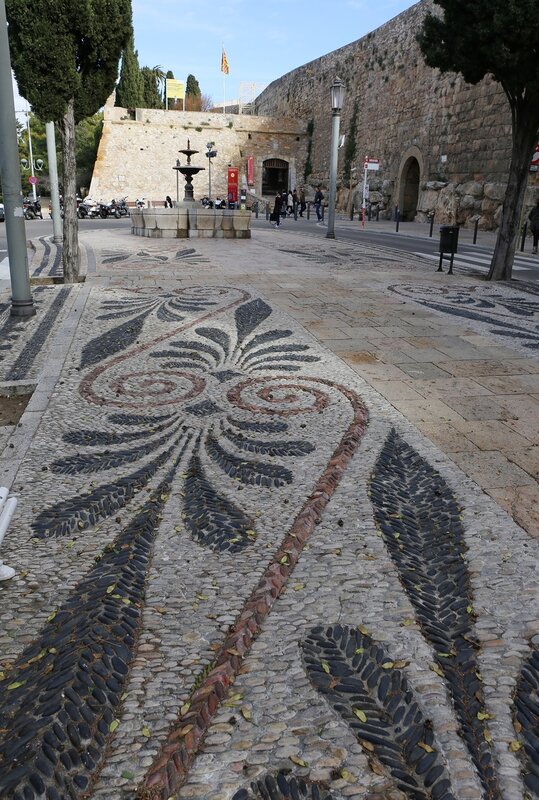 Here begins the Field of Mars (Camp de Mart), built in 1871 by decree of king Amadeu I. Until 1883, the territory belonged to the army and was used as a training ground, later it was equipped with a cozy Park. Along the pine-covered paths, there are several sculptures,the classic ones 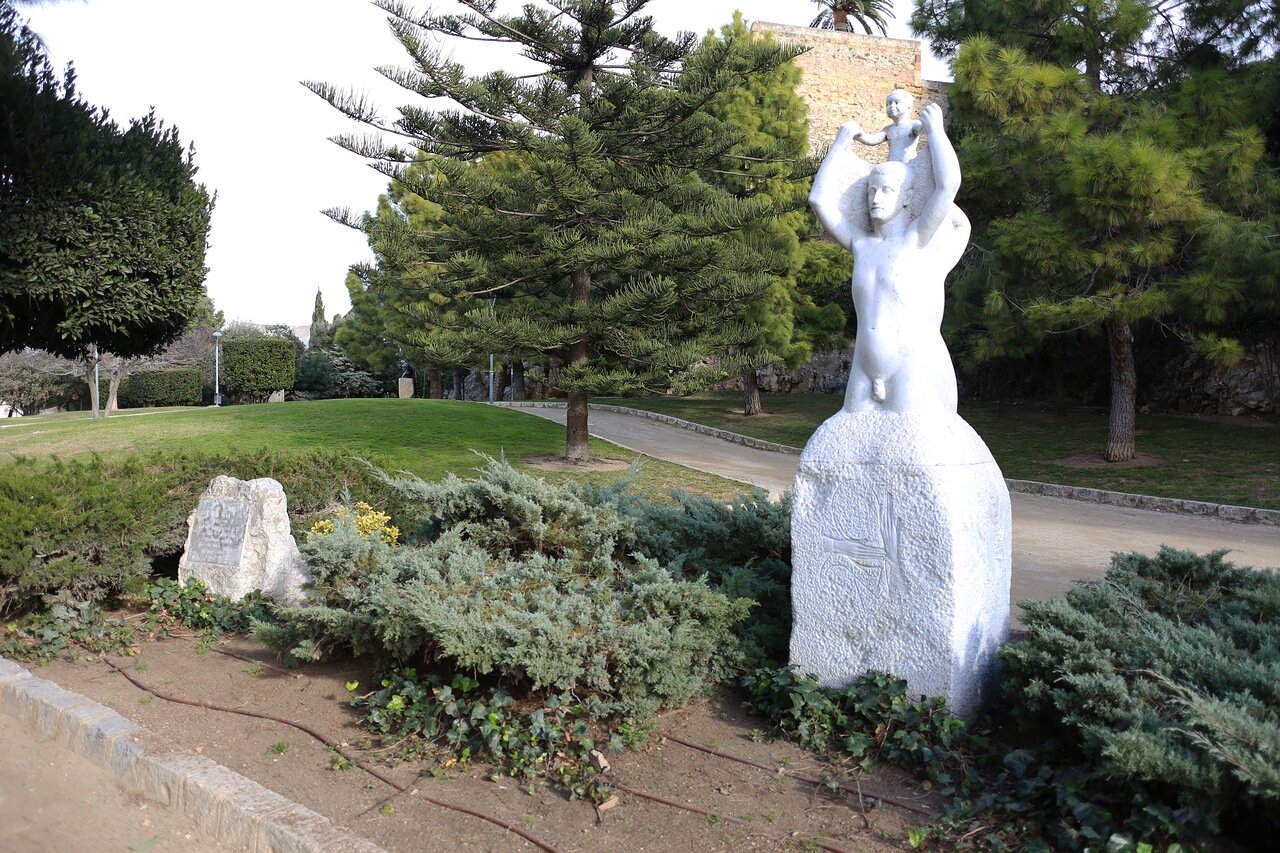 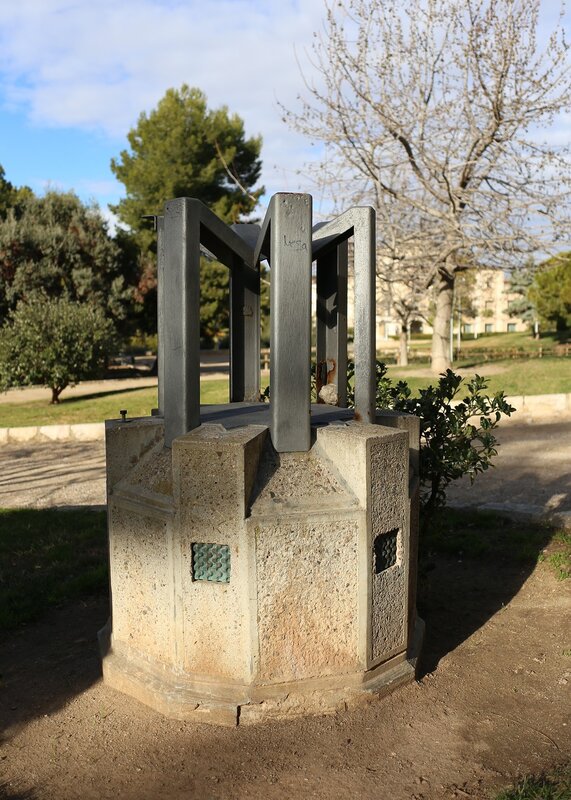 There are also such fun stumps. This is the Christmas Tio (Tió de Nadal), the Catalan Santa Claus, a log that, when burned in the oven, turns into gifts. 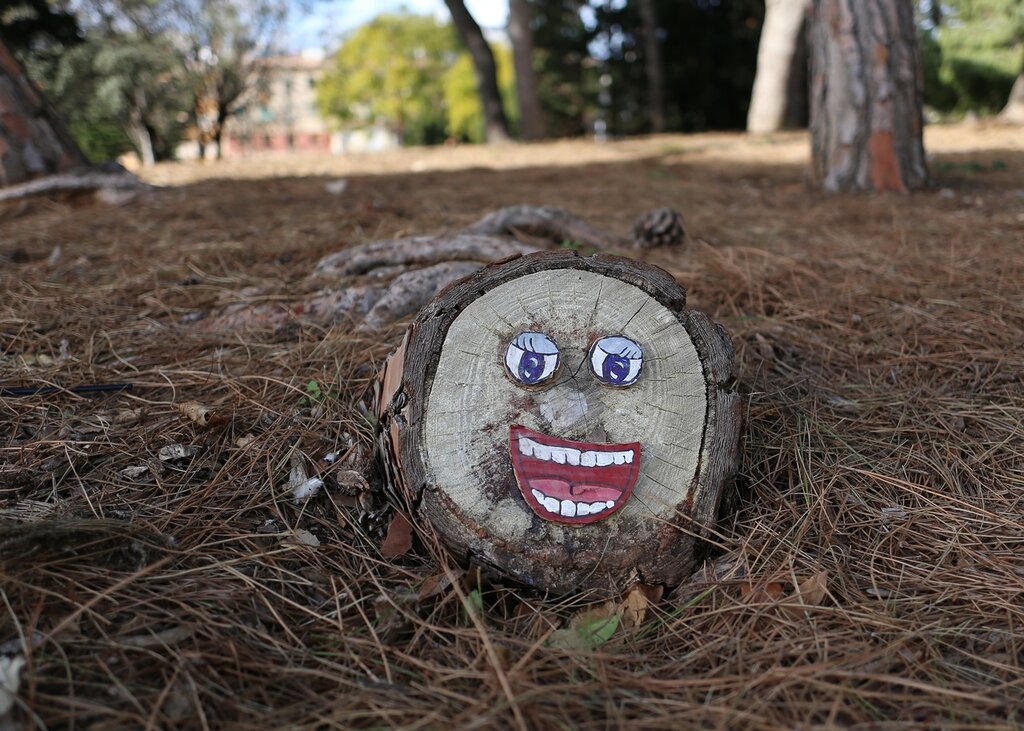 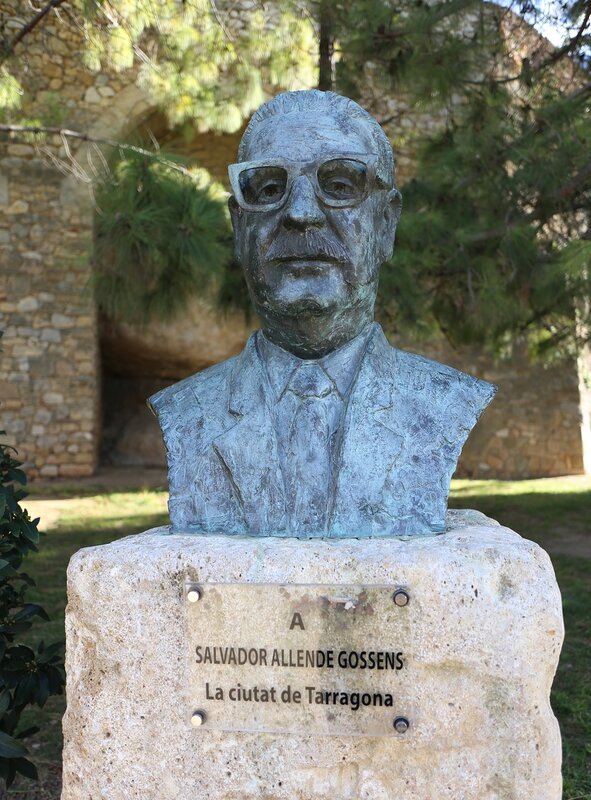 A third of the Park is occupied by the Teatre Auditori Camp de Mart, an outdoor concert venue built like a Roman amphitheater. The audience is covered with a star-shaped membrane on extensions, resembling wings or wind-filled sails. The hall accommodates three thousand spectators, summer concerts are held here, as well as the festival "Nights on the Camp del Mart". 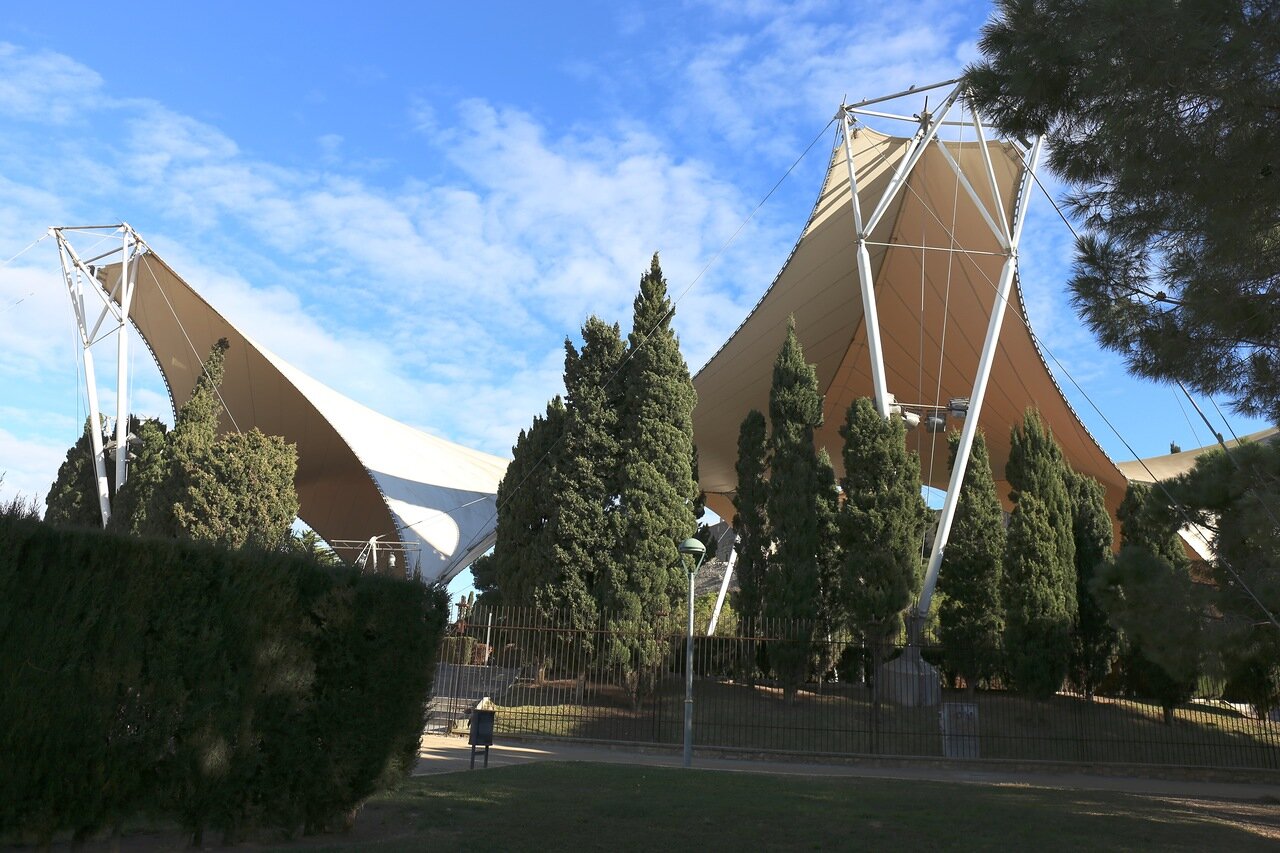 Opposite the concert hall is a monument to Wagner, opened on July 11, 1970. The sculpture is made by Bruno Gallart Pardo based on sketches and plaster models created in 1912 by the Madrid sculptor Julio Antonio. 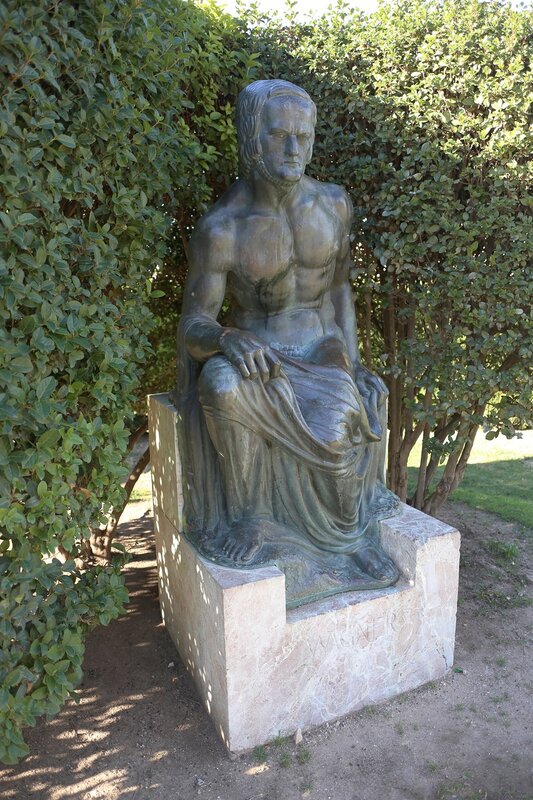 The park is located at the foot of the fortress wall that surrounded the Roman Tarraco in the second century BC. Of the three and a half kilometers of fortifications, only a little more than a thousand meters remained. Initially, the walls were six meters high and four meters thick, and towers with loopholes were built into the wall, where catapults were located. There were also living quarters for soldiers. The walls were gradually strengthened and built on, eventually reaching a height of 11-12 meters. The structure consists of two rows of stone walls connected by peppered partitions, the space between them is filled with stones and soil. 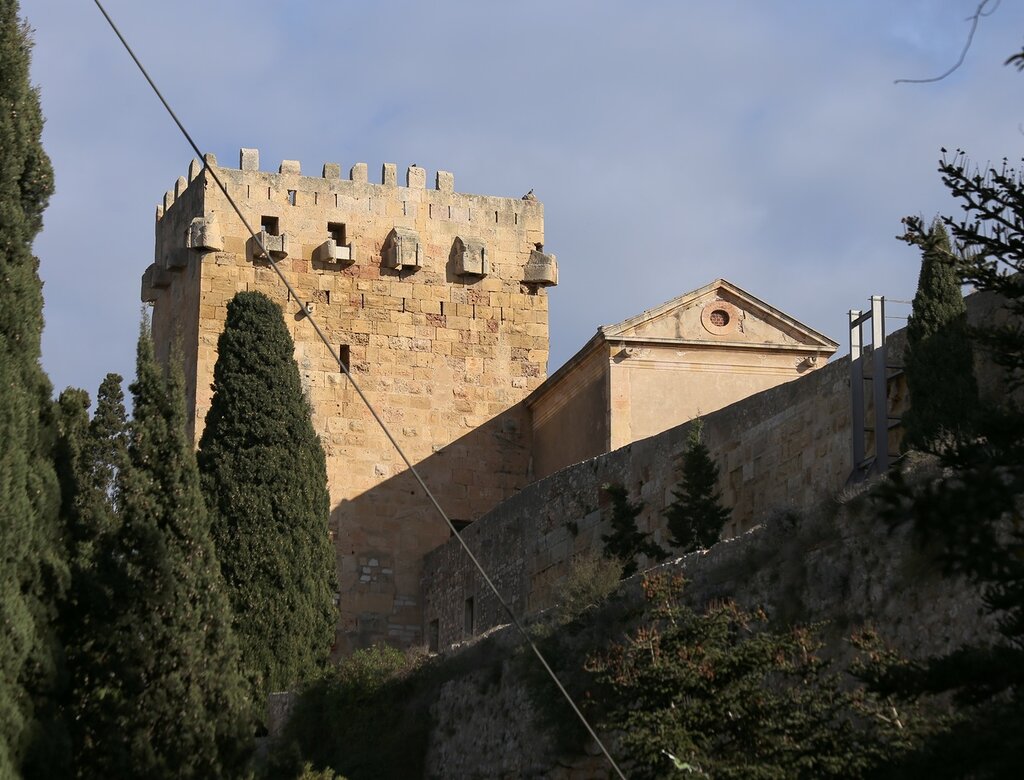 Then I had to go around the College of the Apostle Paul (El collegi Sant Pau Apòstol), one of the most prestigious educational institutions in Tarragona. 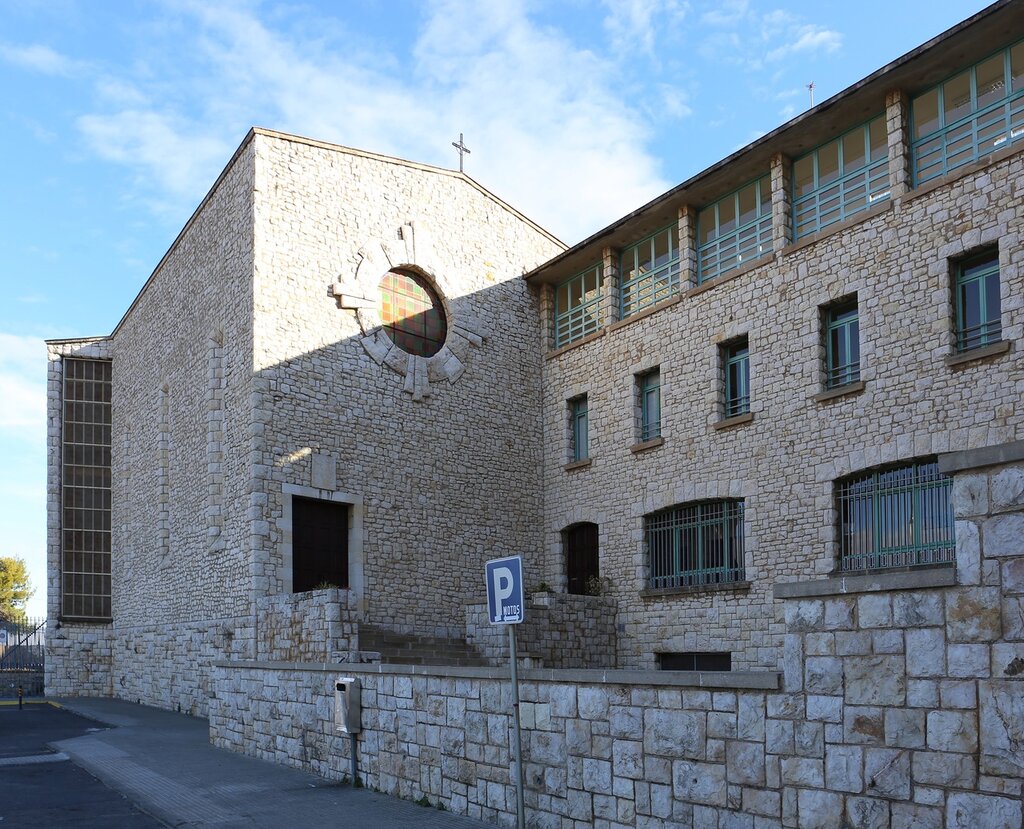 Beyond the park, the road ran along a blank wall surrounding the College's athletic facilities, but on the other side, there were views of the surrounding hills.

On one of them you can see the Loreto church (Ermita del Llorito). In 1385, three hermits settled here, and after a while a chapel was built in the name of Loreta (Loreta-the Holy hut in which the virgin Mary received the Good News from the Archangel Gabriel that she would become the mother of Christ). In the 16th century, the chapel became an object of pilgrimage. A large church on the site of the chapel opened in 1954. 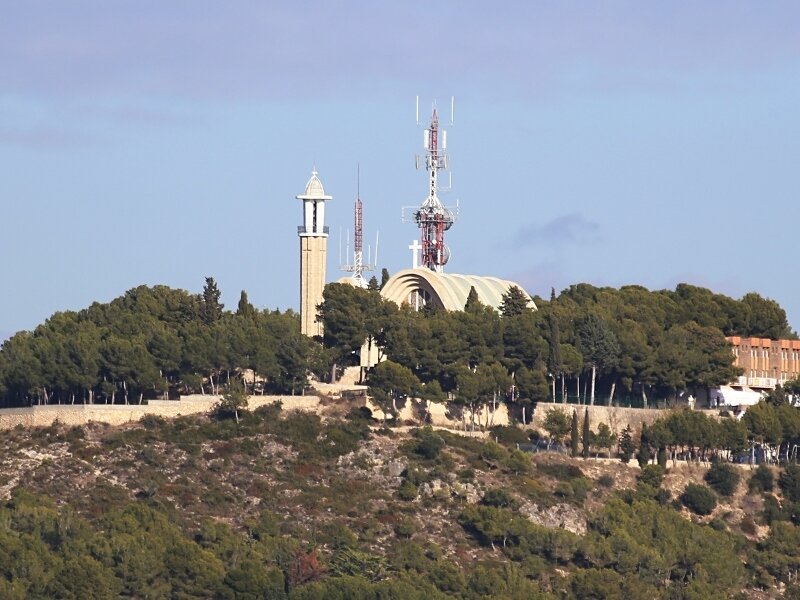 On the slopes of the hill are scattered neat white houses, necessarily decorated with flower beds. 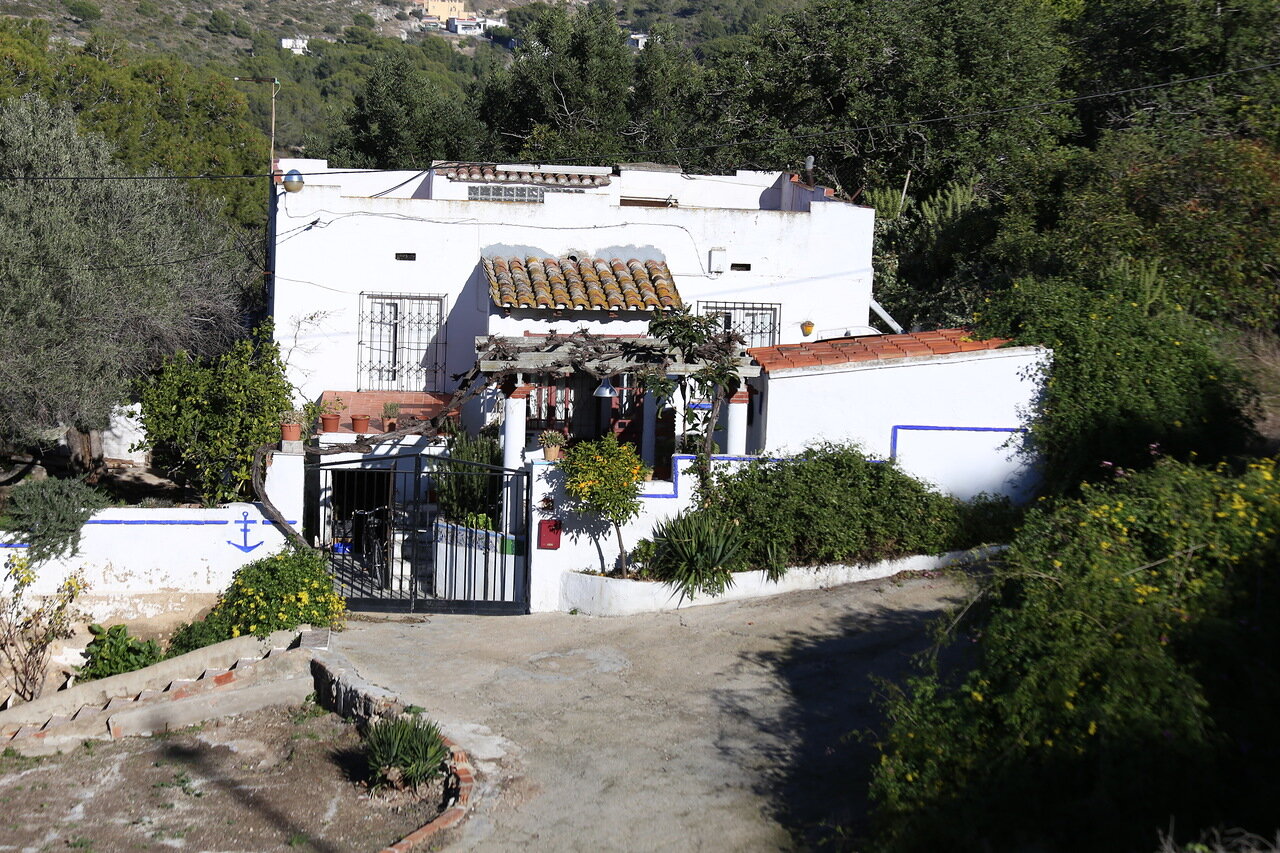 When you reach the top of the road that goes around the Old city, you can see the altar part of the Cathedral. 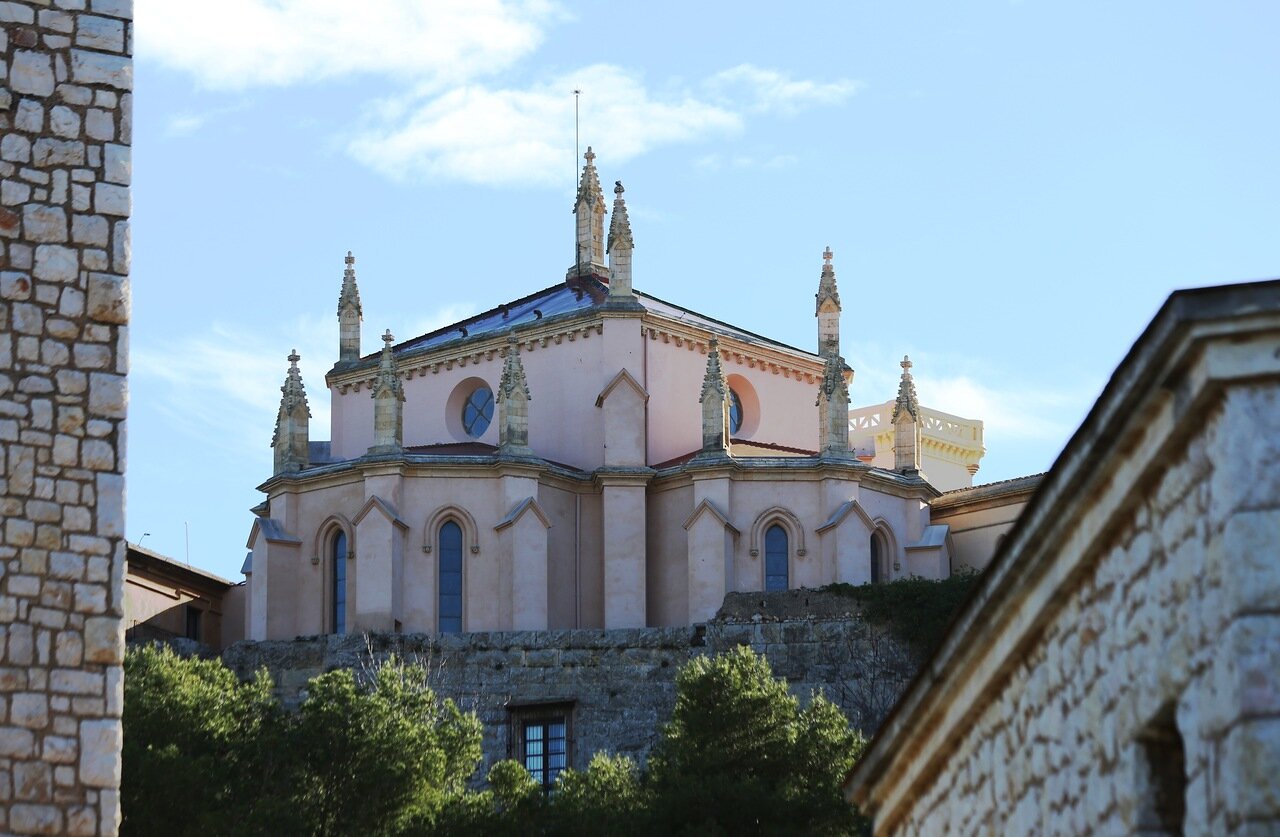